The Small Crossbody Sling ($89) holds necessities like a face mask, hand sanitizer and antiviral wipes as well as wallet and keys in its main compartment with two zippered pockets and an RFID-blocking pocket. For occasions when you need to carry more, the Vertical Crossbody Bag ($89) makes room for a 10” tablet in addition to other essentials. Storage includes a zip-around main compartment with slip pocket and pen and cord loops, a zip-around front pocket and a rear slip pocket with an RFID blocking pocket and Velcro® brand closure. For more information, visit www.briggs-riley.com. Sales contact: Julie Hoffman, national sales manager, jhoffman@briggs-riley.com, 631-741-1933.

In 1953, after serving in the U.S. Air Force, George joined Mori Luggage & Gifts, Inc., a family business founded by his father in 1928. Prior to his service, George attended the University of Mississippi, Millsaps, and Mississippi College and received a business degree from Ole Miss in three years. Throughout a long career at Mori’s, George expanded the single store to 10, with locations in Mississippi, Louisiana, Alabama, Arkansas and Florida. In 2015, with a rapidly changing retail landscape, George sold the business.

George was active in the trade organization, the National Luggage Dealers Association, which conducted millions of dollars of trade agreements in the U.S., Europe, Asia, and South America. At various times, he served in every office and on its Board of Directors. He was elected President of the Association twice. His service with NLDA enabled him to travel extensively and form close, lifelong friendships. 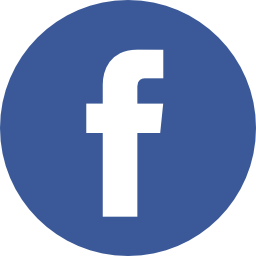 Many People Are Flying Private Jet Services for the First Time. Here's What They're PayingPrivate air travel is prospering under the pandemic. In fact, interest is so high that many private jet companies have a different problem on their hands: keeping up with demand. Private aviation company VistaJet said new memberships for the first half of 2021 are up 53% compared to 2020, with Europe bringing in the greatest number of new members (51%) during this period.www.cnbc.com/2021/11/30/how-much-does-it-cost-to-charter-a-flight-new-flyers-share-prices.html ... See MoreSee Less
View on Facebook
· Share

Pets Are Ready to Hit the Road. We Want to See Your Pet Travel Gear!According to a recent poll by the ASPCA, approximately 23 million Americans got a dog or cat during the COVID-19 pandemic. Many of these new pet owners will be looking for gear to make traveling with their new companions a breeze. Travel Goods Magazine is looking for products tailored to animal lovers that also love to travel. With the pandemic creating more flexible work schedules, many pet owners will be venturing out for vacations or day trips with their pet friends. If you manufacture pet travel gear and would like your product to be considered for coverage in the magazine, please email product details, MSRP, and product photo(s) to kim@travel-goods.org by December 14, 2021. ... See MoreSee Less

Don't Miss the Return of The Travel Goods Show to Las Vegas!Momentum is building, there's chatter in the air as we get closer to The 2022 Travel Goods Show! A combined attendance of over 30,000 qualified buyers from The Travel Goods Show and ASD Market Week will converge at the Las Vegas Convention Center from February 27-March 1, 2022. This Show will usher in a host of new players, including new buyers, new online retailers, and new customers from every corner of the industry. Get or renew your TGA membership, and then sign up for booth space. Secure your spot today…this Show will sell out! With questions or for help, contact TGA's Cathy Trecartin.travel-goods.org/show ... See MoreSee Less
View on Facebook
· Share

Did you catch this "must read" from Travel Goods Magazine? How to Boost Revenue and Increase CustomersAs retail continues to evolve amidst a challenging and competitive landscape, more and more merchants are looking for additional ways to increase revenue opportunities. Among them includes introducing affiliate programs into their strategic marketing efforts.travel-goods.org/magazine/affiliate-marketing-for-retailers/ ... See MoreSee Less
View on Facebook
· Share